Moscow, July 26, 2018. STEP LOGIC has completed the tech support project for the FIFA telecommunications infrastructure at almost two hundred facilities that were used in the preparation and holding of the FIFA 2018 World Cup in Russia.

STEP LOGIC set up and provided tech support for wired and wireless network equipment and the data security and control system. In addition, the integrator organised a network monitoring system that included all the necessary hardware (servers and network equipment) and software resources, deploying and supporting a network infrastructure for the two data centres of the temporary FIFA network in the country.

Through the entire time that the World Cup was being prepared for and held, STEP LOGIC specialists were monitoring the availability and quality of service of the network infrastructure 24/7. Equipment configuration as well as the time and quality of resolution of emergencies had to ensure high availability for the internal services of the network. This was achieved through very short response times and elimination of any and all incidents as well as by providing redundancy and backup for all the main nodes on the network. 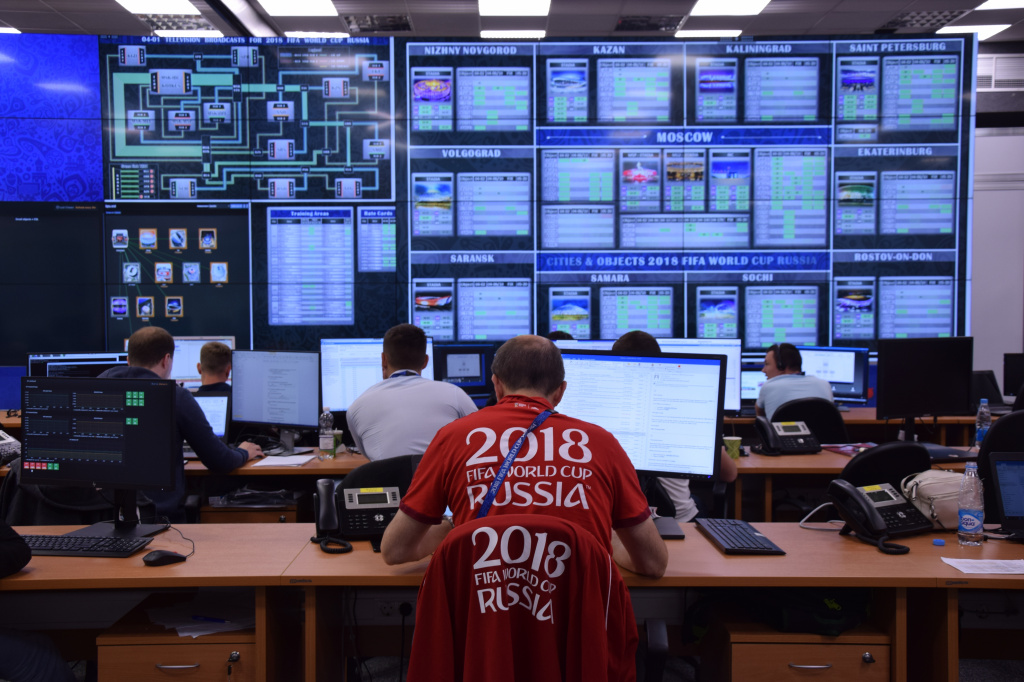 "The FIFA World Cup is a major international event, a true sports festival that brings together millions of fans who together watch great games and experience a range of emotions. However, it's also huge responsibility for the hosts and for each company that works to ensure the event goes without a hitch and is as comfortable as possible for the guests. Hundreds of Russian companies put in lots and lots of work into it all. Naturally, a key feature of this project was its huge geographic reach: we had to operate in half the territory of Russia from Kaliningrad to Yekaterinburg. Speaking of the scale of the project, when the teams were playing in groups, the total amount of data transmitted by all the stadiums was almost 100 TB. The stadium in Luzhniki in Moscow broke an absolute record for the number of users simultaneously logged on through a single Wi-Fi access point, this was during the closing game of the World Cup: 2982 users were logged on at the same time." comments Vadim Mikhailov, STEP LOGIC Chief Project Engineer.

STEP LOGIC began work on preparations for the 2018 FIFA World Cup back in 2016, back then Company specialists developed an integrated project for deploying a fixed-line communications network for the FIFA World Cup 2018 for the Ministry of Communications of Russia. Thanks to the efforts of STEP LOGIC specialists, the temporary FIFA network infrastructure functioned without a hitch not just during the World Cup itself but also during the preliminary drawing of lots for the 2018 World Cup, the FIFA Confederations Cup 2017 and the final drawing of lots. STEP LOGIC specialists also installed and removed the network equipment during the Confederations Cup.