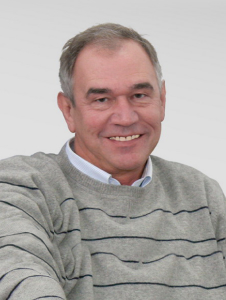 Born in Moscow on October 8, 1949. Graduated from Moscow Power Engineering Institute with a degree in Radio Electronics.

One of the founders of STEP LOGIC LLC.

The first person in Russia to establish cooperation with ASUS. 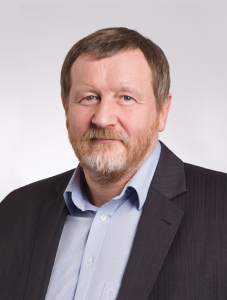 Born in Moscow on September 15, 1961. Graduated from Moscow Institute of Electromechanical Engineering with a degree in Applied Mathematics.

One of the founders of STEP LOGIC LLC. 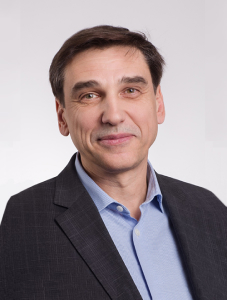 Born in Moscow on July 22, 1961. Graduated from Moscow Electronic Engineering Institute with a degree in Applied Mathematics. Andrey is a candidate of technical sciences. In 2006, he successfully completed an Executive Master of Business Administration programme with a qualification in strategic management.

Upon graduation, Andrey did research work in applied mathematics. He has been with the company since 1996.

Born in Moscow on October 22, 1966. Graduated from Moscow Power Engineering Institute with a degree in Electric Power Systems and Power Grids. In 2008, received a degree in Accountancy from the University of Bolton, UK.

Between 1991 and 1995, Anton worked for the Russian-Swedish joint venture AIST AB, a company that specialised in software development.

Anton joined STEP LOGIC in 1995 as a Procurement Officer. In 1997, he was put in charge of the Procurement Unit. In 2002, he was appointed Deputy CEO for Economics and Finance. He took an active part in preparing the company for the merger and subsequent integration with Systematica Group. Anton was appointed CEO of the company in 2015.

Born in the Moscow District on November 29, 1977. Graduated from the State University of Management (with a top management qualification degree).

In 2008, successfully completed a training programme in International Financial accounting, Financial Reporting and Management Accounting of the International Association of Bookkeepers, Institute of Financial Analysts (IFA), and the University of Bolton.

In 2016, as part of a business education, he was awarded the Master of Business Administration (MBA) degree in Financial Management.

Graduated from Moscow Civil Engineering Institute with a degree in Systems Engineering.

In 1991-1995, worked for the Russian-Swedish joint venture AIST AB, a company that specialised in software development.

Joined STEP LOGIC in 1995 as Head of Warehousing. In 1996, got appointed Sales Officer. In 2001, was put in charge of the Sales Department. In 2005, was appointed Head of the Project Management Unit. Chief Operations Officer since 2011. 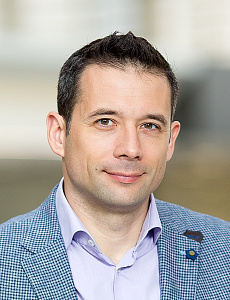 Born in Moscow in 1980. Graduated from MTUCI (Moscow Technical University of Communications and Informatics) with a Master's degree in Networks and Communication Systems.

Since May 2018, Deputy CEO of technology development at STEP LOGIC. 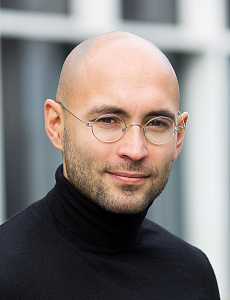 Born in Kazan on 27 December. Graduated from Tupolev Kazan National Research Technical University majoring in Complex Protection of Computerised Objects.
Joined STEP LOGIC as an assistant network engineer in 2009. In 2013, assigned as a head of the network solutions team.

Held the position of an engineering coordinator and, later, CEO of the company's branch in Kazan from 2017 to 2020. Headed the projects for equipping 2019 Winter Universiade venues, building the IT infrastructure of the Haier factory, improving the multi-service data network at Tattelecom PJSC.

In July 2020, assigned as Deputy CEO of technology development at STEP LOGIC.

Irina Grisihina was born in Moscow, graduated from Moscow Region State University majoring in linguistics and teaching the English and German languages, and from Higher School of Economics and Service majoring in human resources management.

Irina has worked in the sphere of human resources management since 2005. She took various positions in Renaissance Credit bank and Direct Group venture fund. Since 2011 she worked as chief human resources officer in Pronto Media, a major media company holding, uniting JOB.RU and IRR.RU websites, and IRR newspaper.

Since 2018 she has been taking the position of chief human resources officer in STEP LOGIC.
Vitaliy Tsvetkov
Executive Officer 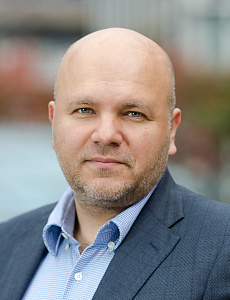 Born in Moscow in 1974. Graduated from BMSTU (Bauman Moscow State Technical University) as a mechanical design engineer of metallurgical machines and equipment.

Has been in the IT business since 1996. Worked at Global One and Equant. From 2009 to 2016, headed the project for the development of technological infrastructure for the 2014 Winter Olympics at Megafon. Later, assigned as a director of one of the company's regional branches.

From 2016 to 2019, worked at NCI (Rostec). Under his leadership, the project for building the infrastructure and providing telecommunication and IT services for the 2017 FIFA Confederations Cup and the 2018 FIFA World Cup was implemented.