Moscow. February 2018. STEP LOGIC received an award and the official VASP Partner (Value Added Solution Partner) status from Hikvision at the VASP conference in early February 2018, which brought together the major partners in the security market from all over Russia. 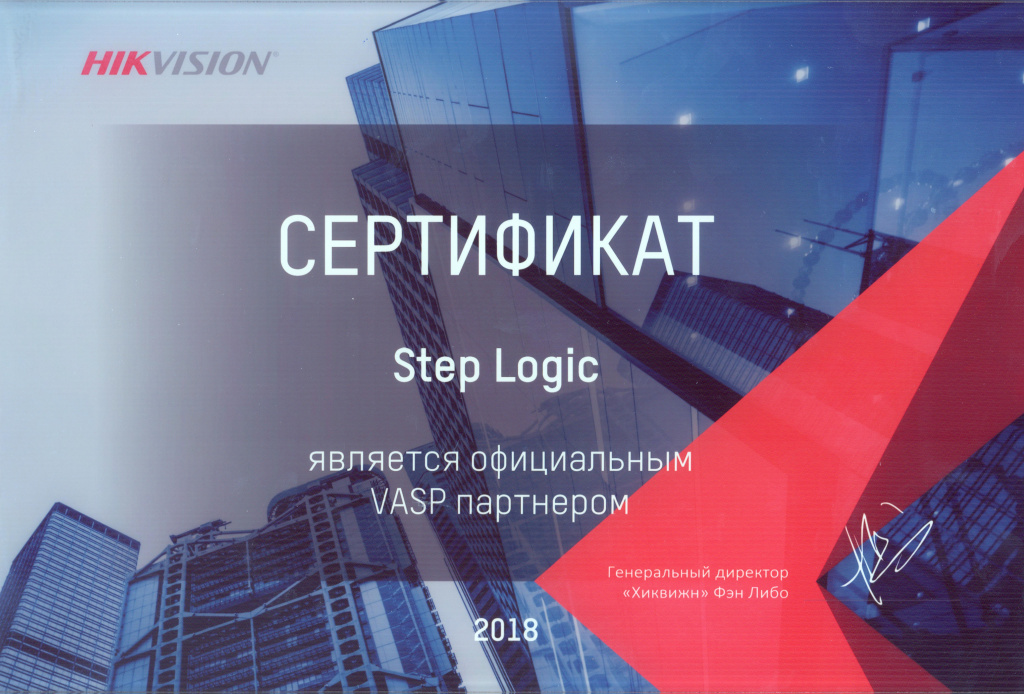 An audio and video monitoring system was deployed for the Fashion Continent clothing retail chain. FASHION CONTINENT (Fashion Continent JSC) is a fast growing company that since its foundation in 2003 has built one of the largest national chains of stores selling fashionable women's and children's clothes, underwear and accessories in Russia, INCITY, which at the moment consists of over 330 retail outlets in more than 140 cities across Russia and Kazakhstan. Every day some 3,000 dedicated professionals turn up for work at INCITY, they're all passionate about fashion and the company's mission, which is to make fashion accessible.

As the chain kept growing fast, including in the region, it was soon realised that a solution was needed to give the head office and regional management alike an easy way to track the main business processes at the retail outlets to give them control over:

The solution for INCITY was developed on the basis of the Head Point™ situational monitoring system, which offers:

In addition, the system can convert the audio and video it records into a variety of formats at user requests, facilitating subsequent analysis and long-term storage on allocated file resources.

The solution integrates over 400 PoE video cameras manufactured by Hikvision and equipped with microphones for quality audio and video monitoring. The Hikvision video recorders in the stores ensure long-term storage of video and audio archives.

"This project is strategically important for us because it is the first time we've deployed a video analytics solution in retail in cooperation with Hikvision. We are confident that the existing demand for these kinds of solutions and the effectiveness of our offering will allow us to deploy it in other big retail chains," noted Dmitry Yakushev, Chief Commercial Officer STEP LOGIC.

Hikvision is a leading global supplier of innovative products and solutions for video surveillance.