Moscow, January 2018. STEP LOGIC was chosen the partner of the year among all European partners of Dimension Data and was awarded the Preferred Partner of the Year 2017.

Following the results of 2017, European Dimension Data office recognised STEP LOGIC as the best partner of the company in the region. The selection criteria were an increase in the number of joint projects and an innovative approach to implementing solutions, as well as revenue growth and the emergence of new sales formats. The high appreciation of the company's work once again confirms the positive trends in the cooperation between STEP LOGIC and Dimension Data. 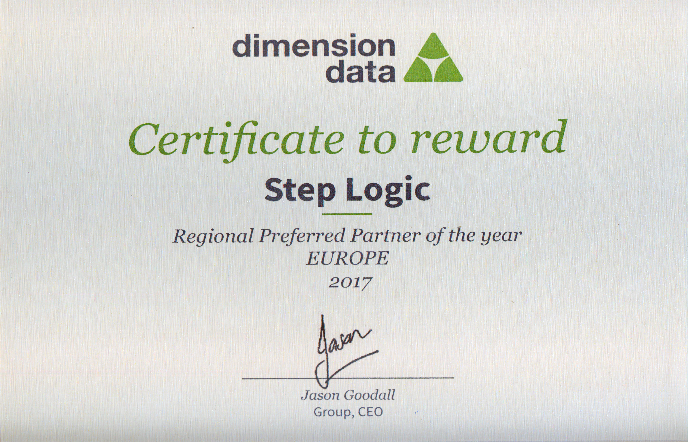